So I will say that these three books are all...well, they were books. This is the first I've read of Lexi Buchanans books and I don't know where I stand on liking them or not right about now. I think that the storylines on all three books are good in theory but I seem to have a lot of issues with the books too. I wanted to like them, the descriptions on each book is what actually interested me. Normally I would never read a book series titled like this because seems super tacky to me and the books are normally just as tacky as the title. I can't decide weather I found these books incredibly annoying or if I might have actually liked them a little bit.

The most annoying thing that all three of these books have in common is how fast it all is for them to suddenly fall in love. You know those teenagers that start dating and a week later they're all "I love you so friggin much baby. Like, for real."? Well, that's how these books are. It's really annoying. I guess the third book is a little different because those two had known eachother for longer than the others. I liked the male characters for the most part but the female characters seemed annoying and whiney to me. Mara I liked though, she's the female protagonist in the third book.

Book 1 - 2 Stars
Book 2 - 2 Stars
Book 3 - 3 Stars
In all honesty, I just finished reading these books and I've already forgotten a hell of a lot about them. Including the name of the books and the names of most of the characters. That's not a good sign. Really good books tend to stay with you. Says a lot about this series. Huh. I guess this means I didn't really like them. Still confused though.
Posted by Page Turner at 11:19 AM 2 comments: 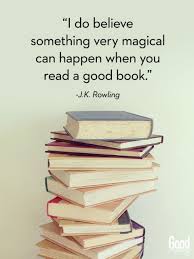